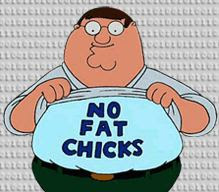 A recent consultation reminded me of the important issue of self-esteem in patients seeking body liposculpture. A relatively slender young female patient was consulted in the company of her male partner for consideration of abdomen and flanks (hips) liposculpture. She had been seen by another practitioner who was happy to proceed. However the patient could not afford the fee quoted. Mine was the second opinion. I felt the contour defects were only modest and actually could be considered quite feminine. Furthermore the areas of concern could certainly be improved by some exercise as her tissues were a little lax and she had not been undertaking any significant physical activity recently. In discussion she mentioned that her partner had remarked on her being overweight and she was spooked by his comment (although I’m sure he had meant well). I declined to treat her but recommended some directed exercise.
At the risk of sounding sexist I venture to state that in my experience women can often be very sensitive to comments about weight-even if well intended. It may be prudent to desist from commenting on a woman’s weight even if invited to do so by the woman-eg. “Do you think my bottoms too big?”-Better to say NO than anything that may taken to imply that it actually might be!
On a more serious note there are studies in the academic literature to support concerns about the stigmatisation both females and males regarding weight issues. The following quote is from an article in the journal “Obesity” (and linked below to the full article).
“Weight Stigmatization and Ideological Beliefs: Relation to Psychological Functioning in Obese Adults” Kelli E. Friedman and Associates-
“Weight-based stigmatization is a common experience for obese individuals seeking weight loss treatment and appears to contribute to poor mental health adjustment. The negative effects of these experiences are particularly damaging for those who hold strong anti fat-beliefs.”