What Does A Facelift Achieve?

by Ronald Feiner
I have addressed this issue in a past blog http://cosmetica-clinic.blogspot.com/2011_06_01_archive.html but it is a recurring issue that confuses many patients when discussing  facial rejuvenation and worth revisiting.
When I first commenced cosmetic practice over a decade ago I was inclined to the view that the gold standard of facial rejuvenation was a facelift. However with contemporary techniques most patients (certainly those less than 50 years of age and for many patients over that age) do not require a facelift.
It should be appreciated that a facelift only targets the lower third of the face. So the very important middle third of the face (along with the upper third) is not addressed. What is also not widely appreciated is that the “lift” in a facelift is inclined to the horizontal plane and that is not how the face falls with age (which is in fact  in a diagonal plane). That is why so many face lifts give an unnatural stretched mouth appearance. 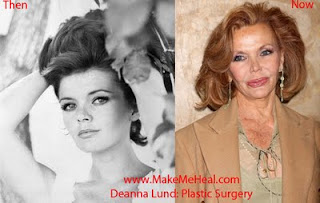 In my opinion a facelift should be viewed as a “salvage” procedure, not a beautification procedure. That is not to say that a facelift is a superseded procedure. I recommend (but do not perform) facelifting for patients who have very redundant skin that needs to be resected. In such cases there is no substitute for a facelift.
I quote from US plastic surgeon Dr. Barry Eppley’s own blog. http://exploreplasticsurgery.com/2011/08/07/case-study-the-role-of-the-limited-facelift-for-jowl-and-neck-aging/
“One of the most common and bothersome signs of getting older is the discovery of jowls and loss of the once tight neck. This aging problem is surgically reversed by a facelift procedure. Contrary to the perception of many, a facelift only affects the lower third of the face by smoothing out the jawline and improving the jaw–neck angle.
Facelift surgery has undergone a revolution of sorts in the past decade based on how the procedure is done. Some of these procedures have become associated with catchy names, such as the Lifestyle Lift and the Quicklift to name the most well known. These are marketing monikers that describe a scaled down version of the full or traditional facelift. As the age of patients seeking facial aging improvement is getting younger, the amount of jowling and neck sagging is not as severe. As such, the extent of the facelift procedure should be appropriately less.
Despite the various marketing names, they all refer to a limited facelift which differentiates it from a full facelift. The terms limited vs full largely describe how much skin is lifted up and repositioned and removed. It also indirectly refers to the extent of the incisions needed around the ears. With a limited facelift, there is no need to have the incision extend up along the back of the ear and into the occipital hairline. With less of a facelift operation, there is also a more rapid recovery. But this should not be confused with the often marketed concept that there is no recovery at all.”